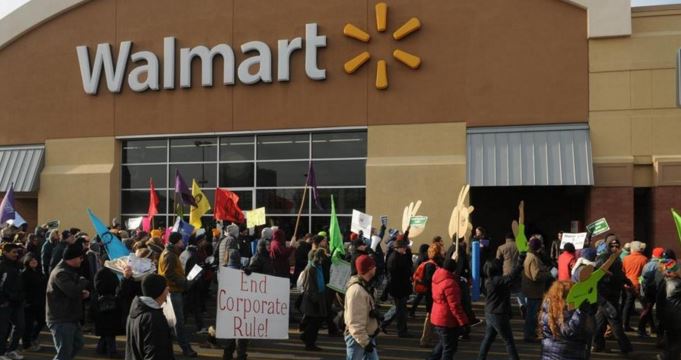 I remember a time when my whole family would join for Thanksgiving; now I’m lucky if we even have dinner together on Thanksgiving. But my family isn’t the only one. A holiday meant for family time and humble thoughts has changed drastically over the last decade. So, who’s the culprit for this change?

“Honestly, I think Black Friday has changed the Thanksgiving tradition. When I was younger, everyone was united on this holiday. We would feast and come together for something peaceful,” an anonymous sophomore claims. “Now, I feel like my family barely interacts. They’re either caught up on their phone, or rushing to finish dinner so that they can catch a ‘good deal’ for Black Friday sales and pre-sales.”

Thus, the question arises: is Black Friday interfering with Thanksgiving? When senior Melanie Calderon was asked if Black Friday interferes with Thanksgiving, she replied, “I think it kind of just depends. It’s usually only the younger ones in our family who go, so my family doesn’t really mind.”

“To me, it just depends on the family,” an anonymous freshman states. “Black Friday was invented to help the economy. If a family doesn’t have a strong set of standards, then they’re more likely to let Black Friday interfere with their holiday.”

According to blackfriday.com, “The term “Black Friday” was coined in the 1960s to mark the kickoff to the Christmas shopping season. ‘Black’ refers to stores moving from the ‘red’ to the ‘black,’ back when accounting records were kept by hand, and red ink indicated a loss, and black a profit. Ever since the start of the modern Macy’s Thanksgiving Day Parade in 1924, the Friday after Thanksgiving has been known as the unofficial start to a bustling holiday shopping season.”

The day meant to “help the economy,” however, has become increasingly more popular over the last few years.

“If you want to get to Walmart on time for the big sale, you better get that togetherness out of the way by . . . oh, let’s say, 5.” Christopher Dale from the nycpost.com says. In 2012, “the world’s largest brick-and-mortar retailer built upon 2012’s trend of starting Black Friday shopping on Thanksgiving night by kicking off its holiday season two hours earlier: Walmart opened its stores at 6 p.m.”

Other stores, such as Toys R Us, responded to Walmart by opening early as well. In consecutive years, stores began to open even on the day of Thanksgiving, causing shoppers to ruin their Thanksgiving dinner.

The problem with shoppers attending Black Friday on the day of Thanksgiving is that not only do they ruin their own Thanksgiving dinner, but they encourage stores to keep opening sooner than what is necessary. When stores open sooner, they obligate their employees to work on the day of the special holiday.

My older sister shook her head, “Walmart is making me work on the night of Thanksgiving. My wedding anniversary falls on the day of Thanksgiving this year, and they won’t even give me the day off for that!”

But stores aren’t the only culprit for the downfall of Thanksgiving; as technology advances, shopping through mobile devices has become the new mean for Black Friday shopping.

The website blackfriday.com states, “More and more, consumers are choosing to shop online, not wanting to wait outside in the early morning chill with a crush of other shoppers or battle over the last most-wanted item. Often, many people show up for a small number of limited-time “door-buster” deals, such as large flat-screen televisions or laptops for a few hundred dollars.”

It’s no secret that people like to avoid chaos at the stores, and they turn to their phones in order to shop conveniently. However, shopping “conveniently” just might interfere with family time.

Teens today are connected to their phones like our heads are connected to our bodies. Therefore, many young families are more prone to being affected; technology at the table can seem like a normal thing, whereas more traditional families tend to shy away at technology during family time.

With so many factors interfering into Thanksgiving, it’s up to the people to save the tradition.