Home / News / World / The Shots Heard Round The World in Paris 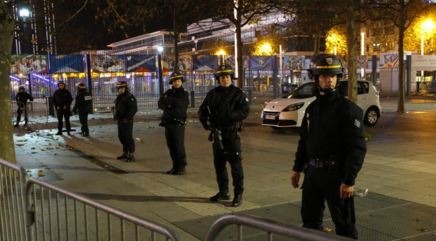 Paris, the city of love. On any given night, people can be taking in the local foods, friendly fútbol matches, or the loud music. However, after the attacks last Friday, things will never be the same again.

On November 13th, 2015, shootings and explosions occurred at various restaurants, the Bataclan theatre, and near the Stade de France. The Stade de France, at the time, held French President Franҫois Hollande. According to CNN, the attacks killed at least 129 people, injured 352 and seriously injured 99. When these kind of attacks occur, they are referred to as attacks on humanity. But in what way do these attacks really harm the entire world rather than just the area affected? Do these really matter to anyone not related to the victims?

Well, for starters, this means big trouble for Syrian refugees fleeing the country. According to The Daily Telegraph, a British newspaper, the ringleader behind the multiple attacks Abdelhamid Abaaoud entered the country disguised as a refugee. Alongside him were two other attackers through Greece. This leaves a problem for fleeing Syrian refugees. Countries fearful of terrorists disguising as refugees to enter will most likely use this as evidence to keep victims out.

Already some countries are keeping immigrants out. Hollande putting France under a state of emergency for an additional two months alongside closed borders means nobody can get in or out, so immigrants can’t seek shelter or asylum.

For officials, this puts pressure on them to solve the refugee crisis. If they close borders off entirely, they are potentially killing innocent people, but if they open them up again, they risk yet another attack.

This also means a bigger reason for officials to support fighting ISIS. According to the news website, Mirror, Several countries including China, Russia, and the UK have banded together with France and the US to bomb potential ISIS hideouts.

Also, China recently joined the fight against ISIS after the confirmed killing of both a Chinese and Norwegian hostage, reports CNN.

Independent.co.uk explains that the state of emergency in France can allow the police to keep people under house arrest without trial, search without warrants (with the exceptions being politicians, journalists, and lawyers, coincidentally), and block websites.

The United Nations is also involved in the refugee issue. A statement from the President of the UN General Assembly Mogens Lykketoft on their website reads as such:

“My heart goes out to the families of all those killed, injured and taken hostage and to France which once again is bearing the brunt of the fight against terrorism.”

He went on to say, “We must all stand together to fight this outrageous brutality. It will not succeed and it has no place in the modern world.”

That statement was on the day of the attacks, and since then the United Nations General Assembly has been talking about the refugee crisis and how it should be solved.

Aside from the loss of life, this could affect politics and citizens in France as well. Paris might be reluctant to accept immigrants and visitors in the city with some bias, given the Charlie Hebdo and train attacks that happened just this same year. The city may also have policy changes for tighter security, much like the US after 9/11

This attack was the largest attack on French soil since World War II. For France, this could mean stricter border regulations and possible renovations, rejecting refugees from entrance, and, if it gets to the point where the emergency state goes on too long, possible unrest or rioting.