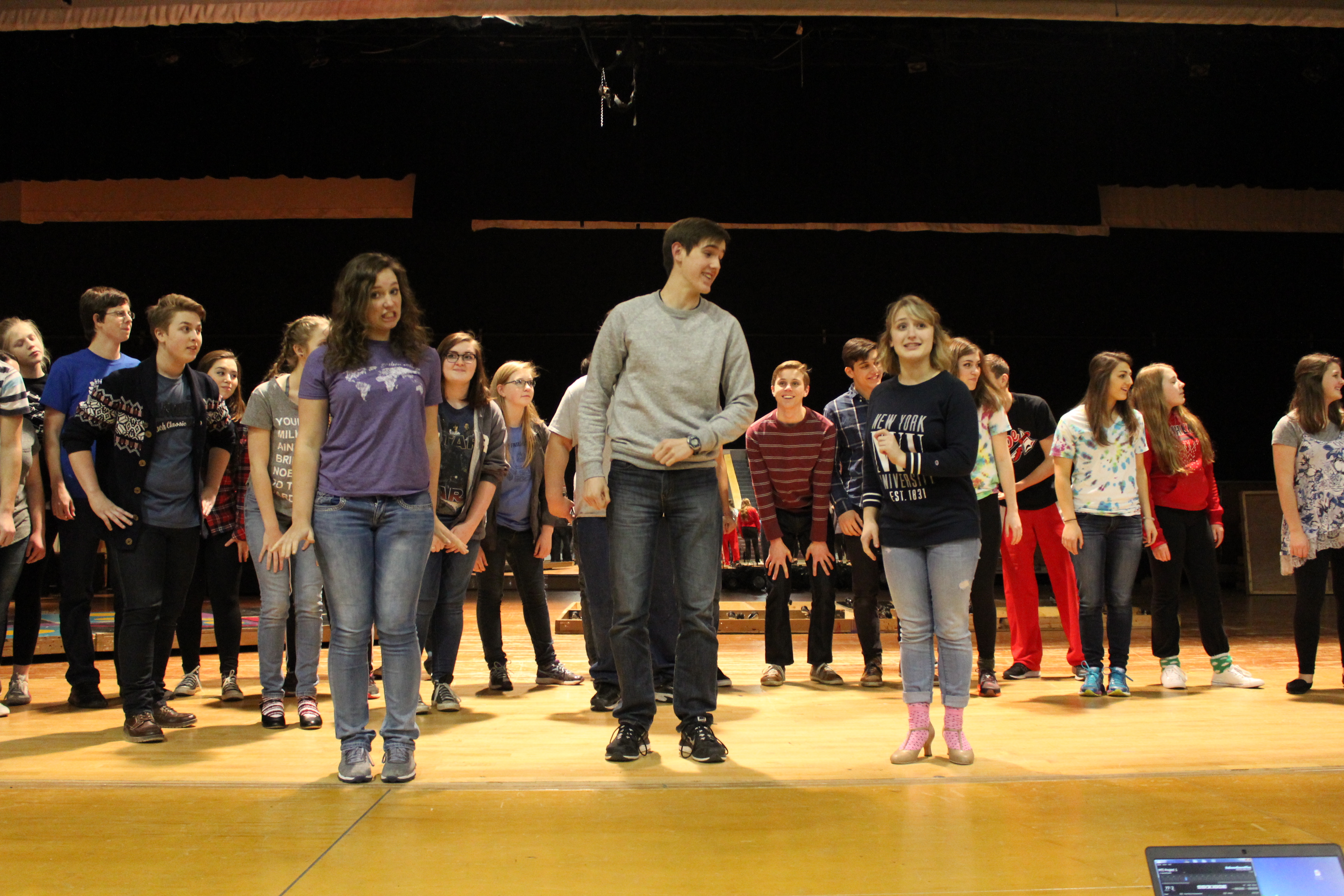 A word made popular by Mary Poppins, will soon be sung at GHS by the cast of 2016 musical directed by Marcia Yost.

The story of the Mary Poppins starts in London with the Banks family, according to the British Mary Poppins Tour. The Banks are in desperate need of a new nanny. When a mysterious woman, Mary Poppins, appears at their doorstep, she is an answer to the family’s prayers. Through many magical adventures, Mary influences the family and teaches them that, “Anything can happen if you let it.” This year’s show will include some magical effects such as flying, according to senior Molly Hill, who will play the lead Mary Poppins.

The flying will be done through company “Flying By Foy,” the same one that did the flying effects for GHS musicals Peter Pan and The Wizard of Oz, Yost says.

Hill along with other crew members are looking forward to the show this year. Hill says, “I have no doubt that our wonderful directors and everyone in the cast will pull out all the stops to make this a show to remember!”

Another lead, the chimney sweep Bert, will be played by junior Hugh Birky. He is looking forward to “making an awesome show with lots of talented people and having fun doing it.”

GHS can be sure to look forward to a supercalifragilisticexpialidocious performance of Mary Poppins this year.

This year’s musical will be presented in GHS’s auditorium on March 10, 11, and 12 at 7:00 p.m. March 13 could potentially have a performance at 7:00 p.m. It will also be presented at 2:00 p.m. on March 12 and 13. Yost says admission will cost $7 for children/students and $10 for adults and that tickets will go on sale Friday, February 19. Students and staff can make reservations for this show in the Choir Office.